This week we had the pleasure of Aziz Metzger joining us.  Read more to see our review of the film.

“I know ya’ll keep me around for laughs.”

No line better captures the essence of the entire movie, or as I like to call it “Tiffany Haddish’s Girl Trip”. From the first scene she enters until the final credits, Haddish steals the movie with line after funny line keeping me in constant laughter.  While Girls Trip garners similar comparisons to Hangover, it falls short with attempts at low brow humor such as Jada Pinkett-Smith’s character & Haddish urinating over all of Bourbon Street, even for a city known for debauchery as New Orleans, I felt it was a bit much.

While sex was a regular topic of focus in Girls Trip. I did appreciate how they were able to weave in such difficult topics as infidelity, trust issues, severe financial irresponsiblity, and the ups/downs of friendship. While the movie could have shaved off 20 mins & still accomplished the same goal, I still was entertained nonetheless. 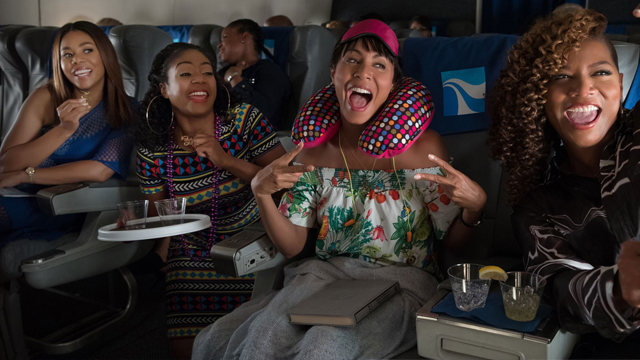 Who’s in your Flossy Posse? Who is that friend that will take off her earrings for you? The one who keeps the peace? The one who has together, but underneath the surface is falling apart? The group that knows where as all the bodies are buried, and how they got there. The group that knows you better than you know yourself. When was the last time you called them? When was the last time you all saw one another?

What this film gets right?

Every viewer will watch this film, and think about who is in their Flossy Posse. This film gets self-reflection down perfectly. This film gets you to think about your life and relationships. The key is what you do after the lights come on, you take your picture of your crew and return home. Also, no adventure with the girls is complete without a Dina. Dina (played by Tiffany Haddish) killed it. Why? Because EVERY Flossy Posse has a Dina, and we all spent time watching thinking about ours and smiling. Mine is named Nicole.

What they could have done differently?

This is the part so many films get wrong. Cut out some of the film.  Take a look at the non-essential parts that add no value to the plot and ditch it. Here is our suggestion: Watch it one-time without interruption. If you start fidgeting or zoning out…cut it! The audience will thank you for it. PS: We are available to review your film to help avoid this pitfall. 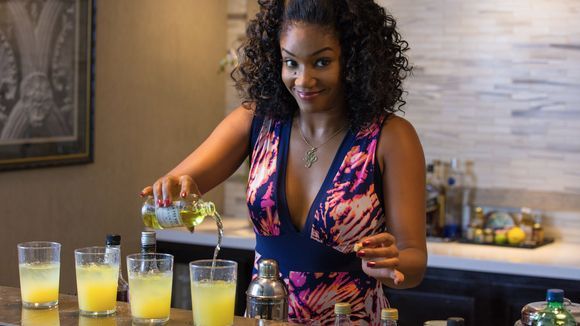 First let me say, this was the breakout role for Tiffany Haddish. Her comedic timing and transparency as “Dina” made me laugh out loud, many times. She’s one of those loyal friends who you know will find a sharp object in a heartbeat if someone tries you. You know I love a raunchy comedy and this definitely hits all the marks including the oral sex re-enactment, the drugged party night and of course…the bar fight. “Girls Trip” was also able to accurately portray some real issues that we face two decades out of college. If you asked me 90 minutes in, I would have said this film is worth the $14+ movie ticket (was there a recent price hike memo that I missed?). However, it unfortunately went past the two hour mark and I looked at my watch twice (always a bad sign).  Because of length, I say catch it at home. Tiffany Haddish, this was your time. I’m gonna start looking for your name so I can have that belly laugh again. 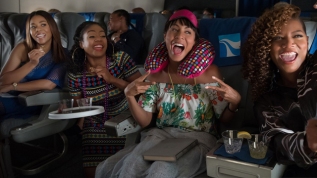