Theory: If the movie is in the back of the theatre building,  it to be there for long.

I wanted to like “I Feel Pretty”. I really wanted to. The intimidation you feel going into a trendy workout class, and see every  potential “Sports Illustrated” model there was relatable. Again, I wanted to like this film.

Instead, I watched two hours of whining.

“I’m not beautiful.” “Look at how beautiful I am, and you want to be like me.” And, after hitting her head and understanding that her confidence was always there…Renee (played by Amy Schumer) acts like a spoiled brat until she FINALLY realized her beauty and confidence lied within.

This film had so much potential to be great. Instead, we got the same. A movie that went on far too long and left the audience bored.

I’m breaking the rules and giving It Stream/Leave. I would watch it again if it was a rainy afternoon and it came on between my naps. 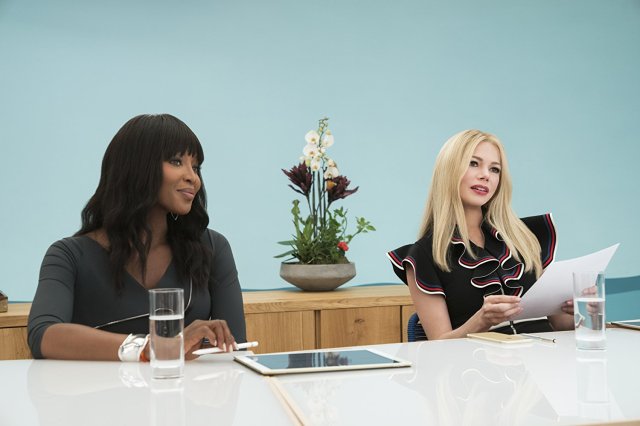 I’m all about makeover and self-esteem booster movies. You know, those kind of films where you walk out with the warm and fuzzies.

“I Feel Pretty” didn’t get it right. It was trying to show that self-confidence is the game changer in life but instead it reinforced to us what society considers unattractive and overweight. Throughout the whole film, you see people respond to Amy Schumer as if she was this fat beast or even worse…invisible. The whole time I was thinking, “she’s not even fat”.

This was a fail; don’t see it. I felt bored.