Sometimes, you have to dance it out to your own rhythm.

If you are expecting a film where the divorced, empty-nester woman finds an her Prince Charming, and you think how sweet it is for older people to find love. This ain’t the film for you.

Gloria Bell walked us into her world as a 50-something year old divorcee with adult children.  She doesn’t want you to feel sorry for her. She doesn’t want you to think it’s cute that she had a few orgasms. A woman that lives in a world with adult children that at times she doesn’t want to burden, trying to walk the line between being hip and things that were not interesting enough to keep her engaged, men who hadn’t grown up despite the gray hair, and a love for dreaming of adventure but desiring someone to share adventure with.  Gloria Bell was comfortable in her own skin and still wanted to be alive. She sings loudly in her car with songs that made her feel safe and joyous. She loved herself to not put up with shit that was a waste of her time, but at times she felt lonely. She put on her dress, had a martini, and kept her own rhythm. Gloria Bell is my mother. My mother was Gloria Bell. Today, the tears flowed from my eyes because I saw something about my mother that I know I did not fully appreciate while she was alive.

I could have passed on meeting Gloria this Sunday. All the stars were aligned for me to at least like “Gloria Bell”. Its my genre of women over 50 getting their groove back (like my beloved “It’s Complicated” and “Something’s Gotta Give”), there’s dancing and who wouldn’t like a  Julianne Moore/ John Turturo pairing?! This film had the premise to be bright and inspirational but instead stayed dusty from start to end.  Honestly, I wouldn’t even stream it. 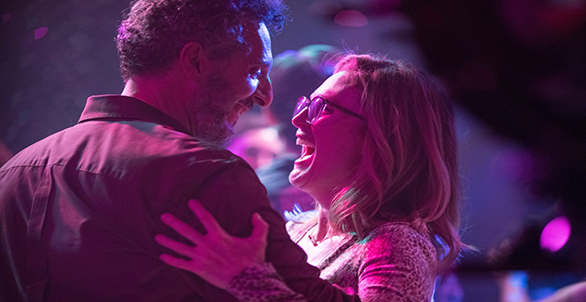